These sophisticated long fringe earrings are made using brick stitch and are a great project to use if you’ve never tried this technique before. 1. Thread your needle with around 1.5 meters of Fireline thread and pick up 4 delica beads like so (two champagne and 2 gunmetal) 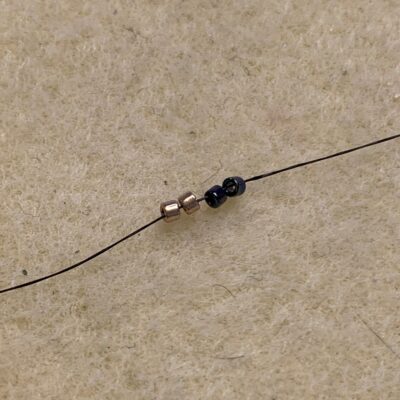 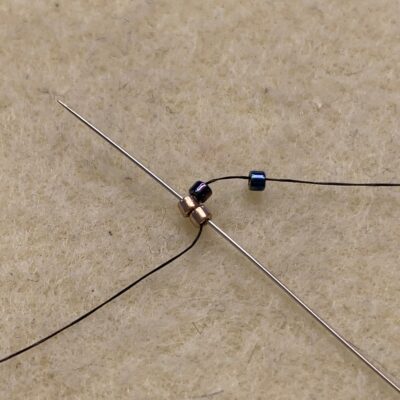 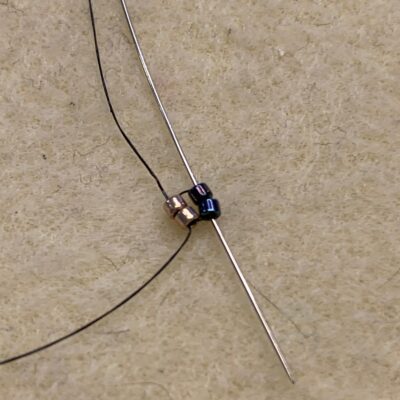 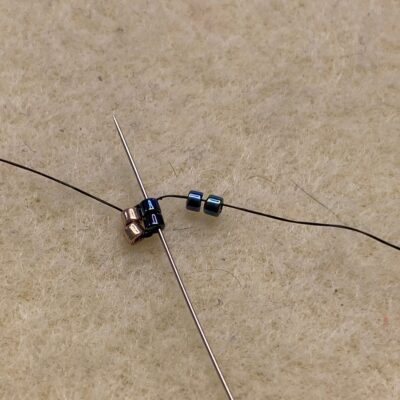 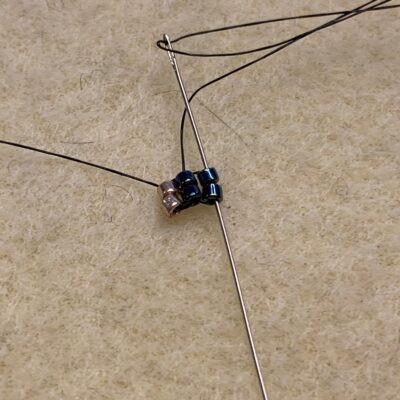 4. Now continue adding beads to this row in the same way until you have 11 sets of beads like so: 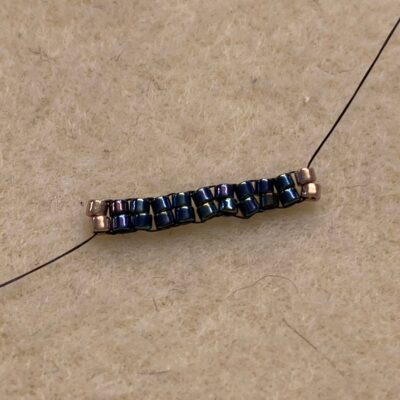 5. Now pick up 2 Champagne beads and 2 Gunmetal beads and brick stitch them to the base that you just created – take the needle under the thread that crosses the 9th and 10th sets of beads in the base: 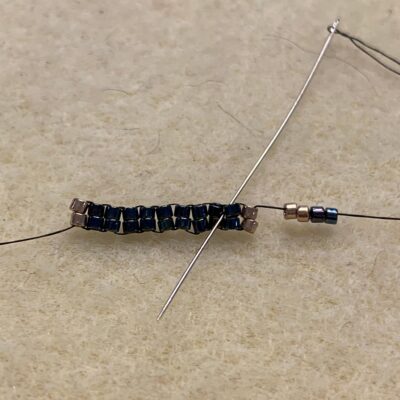 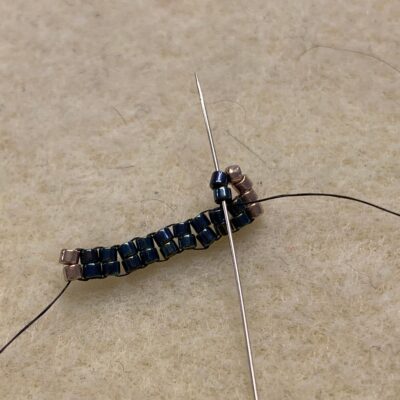 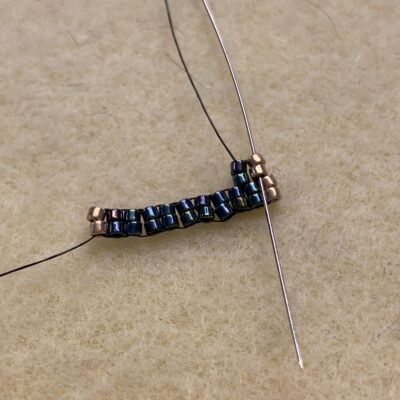 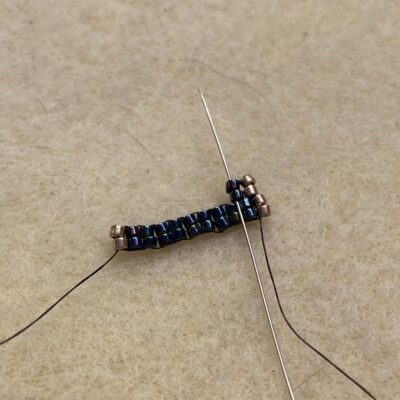 7. Now pick up 2 gunmetal beads and brick stitch them to the base – under the thread that crosses the beads in the base and up through the 2 beads you just added: 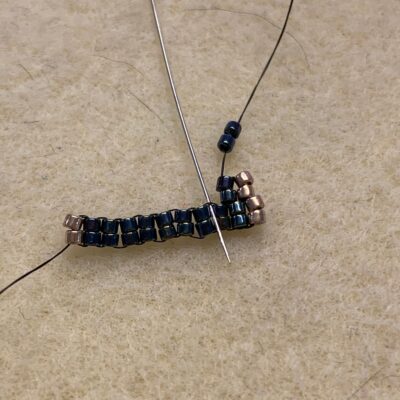 8. Repeat step 7 to the end of the line finishing with a pair of Champagne beads – this row should be just 10 beads long. Keep repeating steps 5-7 each time making the next row one bead shorter than the one before. Keep going until you finish with just two bead son the fine row: 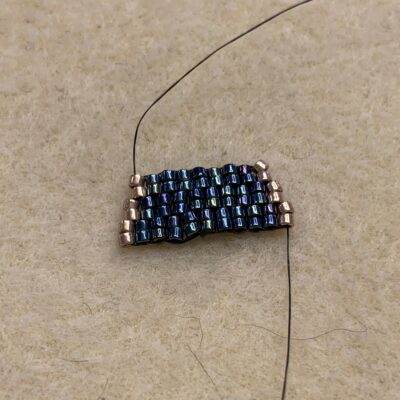 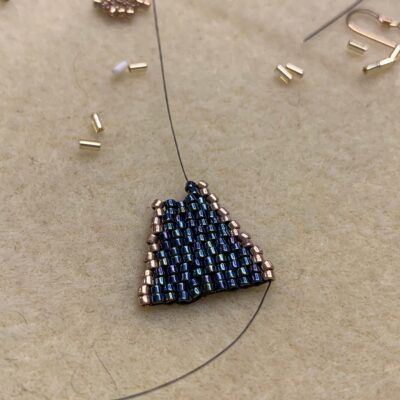 9. Now make the loop for the top of the earring – pick up 4 champagne beads and sew back through the final 4 beads in the last row: 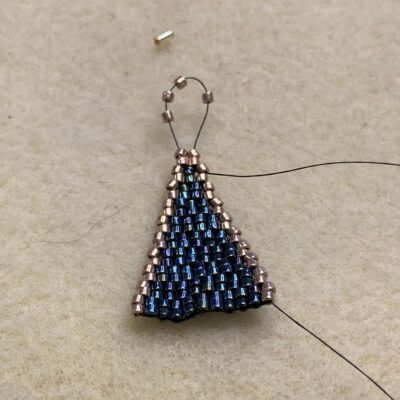 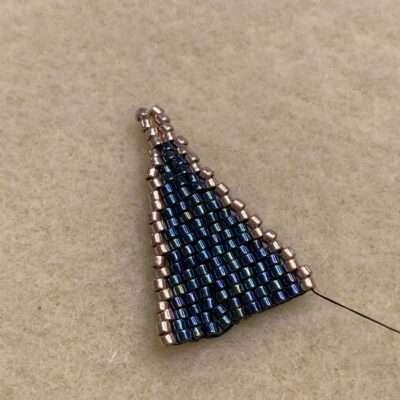 10. Finish off your Fireline thread by weaving it between several beads up and down the rows before you trim off the tail of your thread.

11. Now thread your needle with 1.5 meters of DuraThread or S-Lon D thread and attach it to the triangle of beads that you have created  by knotting it inbetween several beads like so: 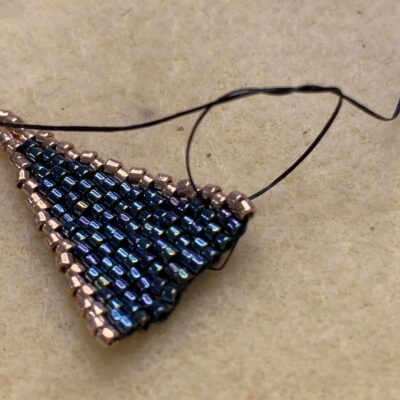 12. Now thread your needle down through the first two champagne beads in the bottom row: 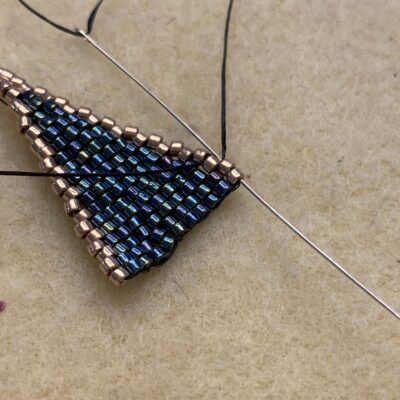 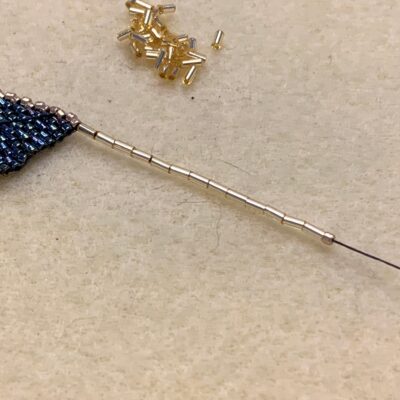 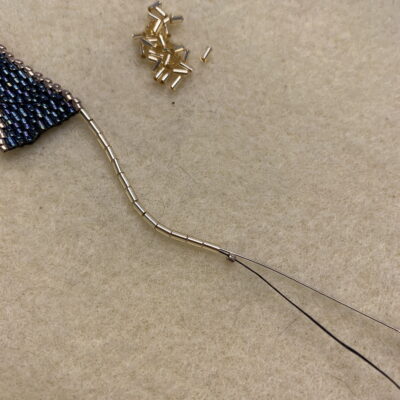 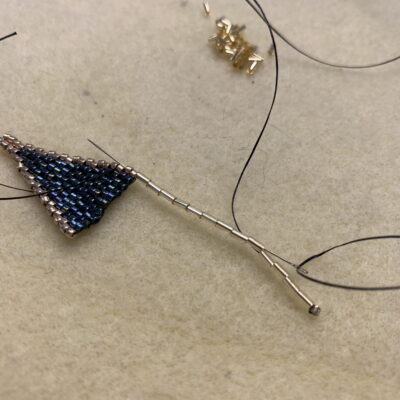 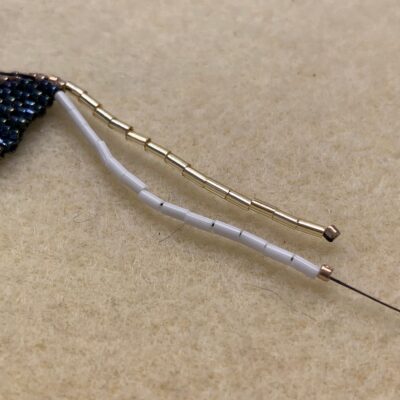 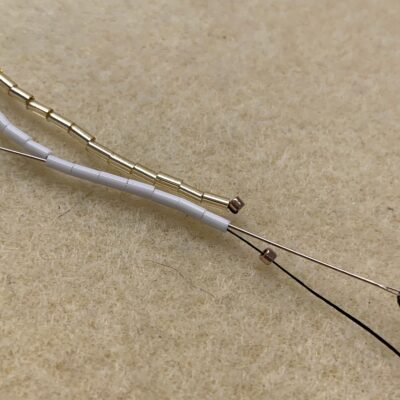 15. Repeat step 14 eight more times and finally finish with another row of gold bugle beads. Finish off your thread by weaving inbetween several sets of beads in the base and trim off the excess thread.

16. Finally attach the earwire to the finished earring. 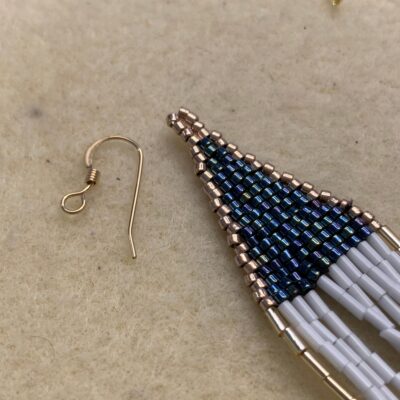 17. Repeat for the other earring.